Sometimes when debugging Macros or checking VBA code you may want to force a value into a variable or check what excel is assigning it at any given step. 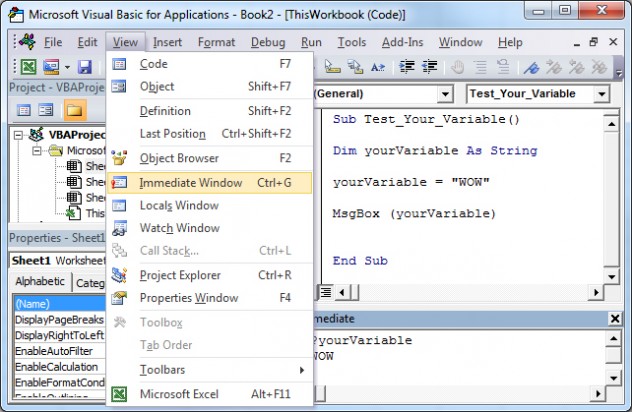 Below is a very simply Macro that I’ll use for a demonstration. It defines a variable called ‘yourVariable’ as a String, gives it a value of ‘WOW’ and then shows a message box with ‘yourVariable’ in it…

If you step through the code using F8 and stop at the MsgBox line you can hover over the variable name with your mouse pointer and the variables value is show. 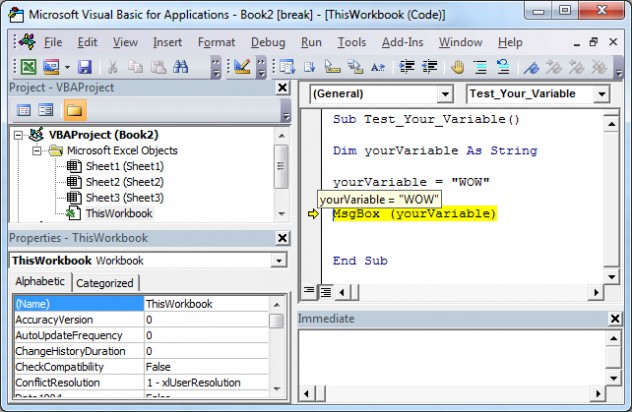 However, if you cannot hover or the pop up box cuts part of the variable value off you can use the immediate window to show your variable’s value. As in the image below, simply type a question mark followed by your variable’s name and hit enter! 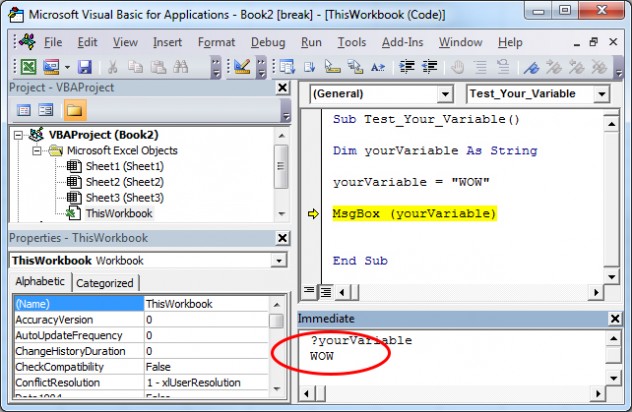 The immediate window can in be very useful at times. You can run lines of VBA using it mid-macro. In the image below I had stopped at the MsgBox line again. ‘yourVariable’ was still assigned a value of ‘WOW’ but I then used the immediate window to force the value ‘COOL’ into the variable instead. 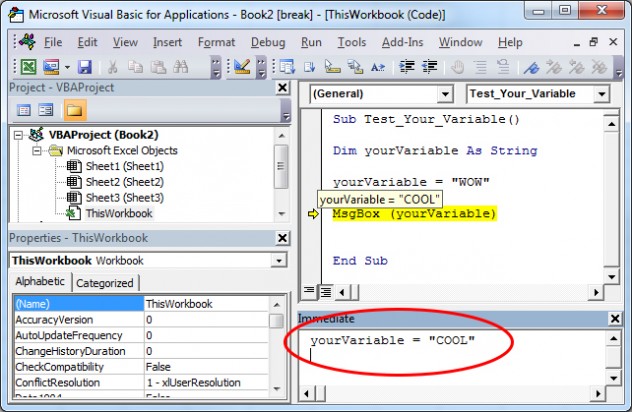 Very useful when you’re stepping through code and want to test different values without having to go through the code from start to finish every time.